This is a transcription of the earliest known letter written in Leaksville.  This letter was written by a G. Buchan to Robert Menzies on July 10, 1802.  Since there was no known threat to the town of Leaksville at this time, the letter is assumed to have been written as a joke between friends... 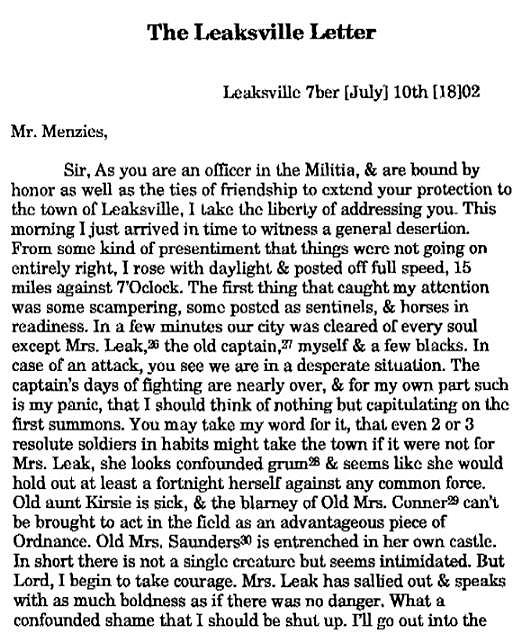